“What they have said, I will do” 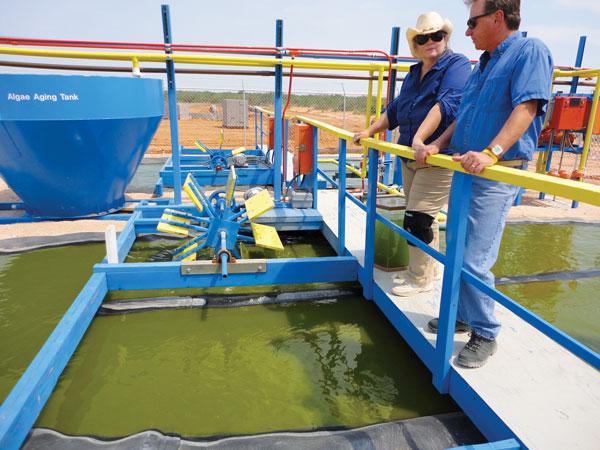 Meet Paul, our boots-on-the-ground, arms-in-the-pond CEO, who does not have time to write blogs or self-promote because he is busy growing algae in southern New Mexico. Eldorado Biofuels has succeeded in cultivating algae in produced water and in cleansing the water of toxins – a success that will have loud repercussions in the coming years, even though characteristically Paul is quiet and soft-spoken about it. Other firms have spent a fortune in PR and promises, but Paul has patiently focused on the product, which he is happy to show. He has just spent two weeks in the scorching sun constructing an acre of new tanks as part of Eldorado’s expanding capacity to produce algae, which loves the sun and so that is where you will find him. He reminds me of this classic little story:

“The Athenians were to choose between two architects to build a big structure. The first, more affected, came forward with a fine prepared speech on the subject of this job, and was winning the judgment of the people in his favor. But the other, in three words: “Athenian lords, what this man has said, I will do.”